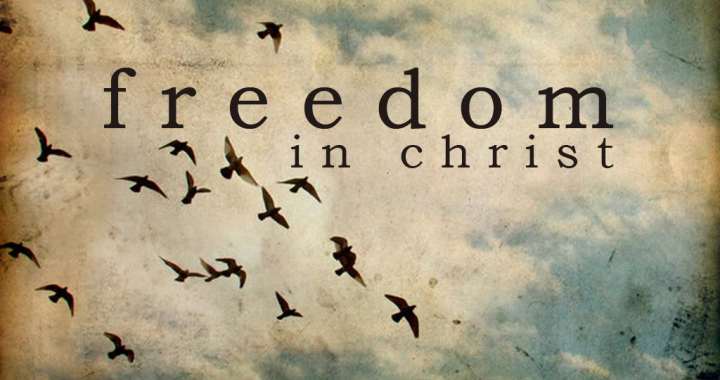 Why Liberty and Why Christ?

People are asking me, why is it, that I am so passionate about two things in my life: Liberty and Christ? They are asking me, how they go together. Often I would just reply: “Because they go hand in hand, because they are compatible…” Though I believe that, I want to delve more into this topic.

I came to Christ because His love towards me changed me. It completely shook my being and it made me surrender all of what the world had made me. I surrendered to the love and grace of the Eternal God, the Creator of the Universe.
Was I brought up that way? No! Was I made (by force) to choose God? No! Did I choose to walk the path that He has for me because of fear of hell? No. There is nothing in the world that would make me do anything by using force, coercion, fear or hatred.

Before knowing God personally, I thought that a Creator is some sort of force, some sort of energy somewhere outside of our reach. And that energy would, whilst being some sort of intelligence, only do things via forceful actions or it would not want to interfere at all (kind of like ancients in StarGate series). God however took me to a different place, he showed me humility, love, Himself.

Liberty is the other thing I am passionate about and it somehow has to do with God as well. But you know what? I used to think that police is necessary, that rules are needed, that law is good. Whilst I would say that the Commandments are essential to be known, I do not think, that they are to be enforced upon anyone, though everyone should abide by them. For the Bible and the fact of life shows us, that God has somehow embedded or hardwired our being, to know the difference between good and evil and in a way knowing the commandments in our inner selves (except after heavy indoctrination). The problems don’t begin with the law itself, but with the ability (or monopoly) of any one person to twist law to such extent, that it renders the liberties of someone else nonexistent, or that it overrules the law of another. I would say, that The commandments are an example of laws that want people to acknowledge the rights of other fellow men whilst admitting, that we are unable to fully live by them without God changing us first.