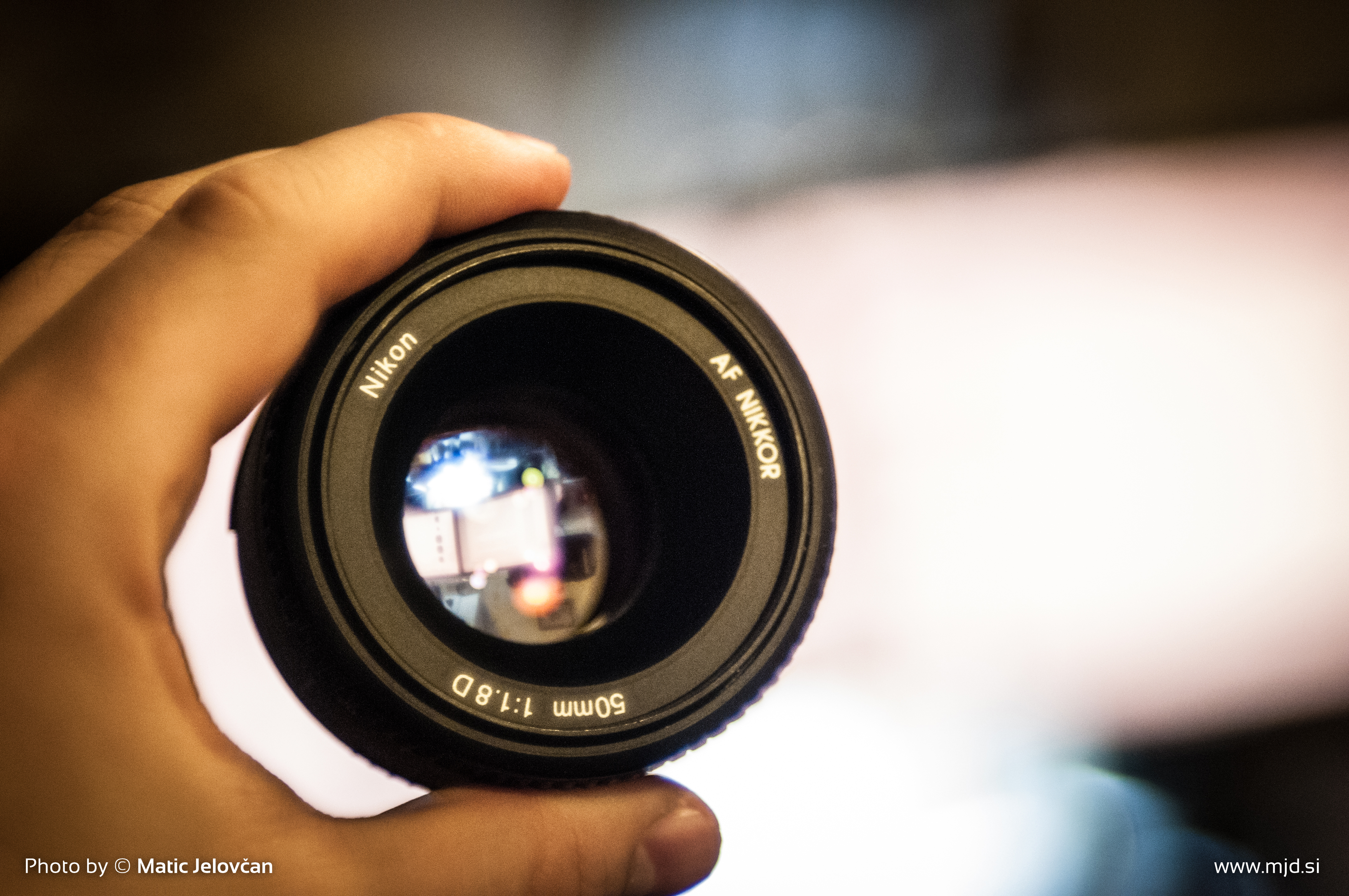 Here are 10 reasons why this lens must be in your camera bag.

This article is intended more for users with the camera where you can swap lenses (typically DSLR or Mirrorless Cameras) than for those with point-and-shoot cameras, however if you happen to figure out the mm equivalent to 35mm cameras (Full Frame) of the lens that your camera has, it might help you out as well, moreover it might make you want to buy even a cheap used camera with interchangeable lenses. Also, don’t dismiss film cameras, your parents or grandparents might have somewhere on the shelf.

The first thing you are probably going to ask is: “Why do I need a 50mm lens if I already have that nice kit lens that came with my camera?” That is a fair question especially because most Cameras come with kit lenses ranging from 16-55mm on a crop sensor Camera or 24-70mm on Full frame (35mm) sensor Cameras. Another fair question to why choosing a 50mm (or any prime lens for that matter) is “why do that if I can get more focal lengths in a kit lens as opposed to that prime of yours?” 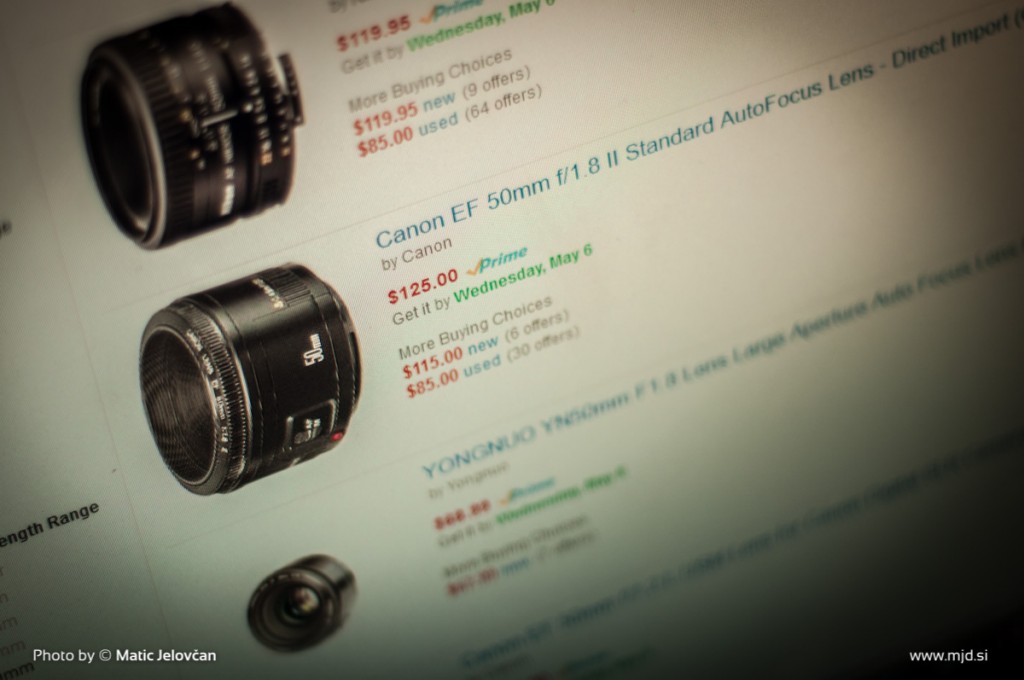 One reason, why you can’t say no to 50mm lens is the price. With most camera systems (Nikon, Canon, Sony, etc.) the 50mm f1.8 lens is the cheapest lens you can buy from the manufacturer (here you don’t even have to look to aftermarket brands such as Sigma and Tamron), often they are, at between 100-200 Euros or Dollars (in 2015 for a new lens) the cheapest lenses you can buy, especially considering the quality of glass inside. And as you will see afterwards, you don’t even have to buy the newest lens at all, even used or old lenses still work great (even on crop sensor cameras). If you browse for used 50mm glass, you will, however, be surprised to find out that there is not much difference in the price between, let’s say, a new Nikkor 50mm f1,8G and a slightly older AF Nikkor 50 f1,8 D. One of the reasons for that is the quality of the glass and it never gets old, even if it’s older than the camera its self. That is especially true with camera systems where lens mounts don’t change (much) throughout the time. While you can get adapters to fit most lenses to most bodies, brands like Nikon have an advantage over the rest because you can literally stick a lens from 1960’s to your brand new Camera (the older they get, the higher likelihood that you will have to focus manually, also depending on the focus system that the camera uses). 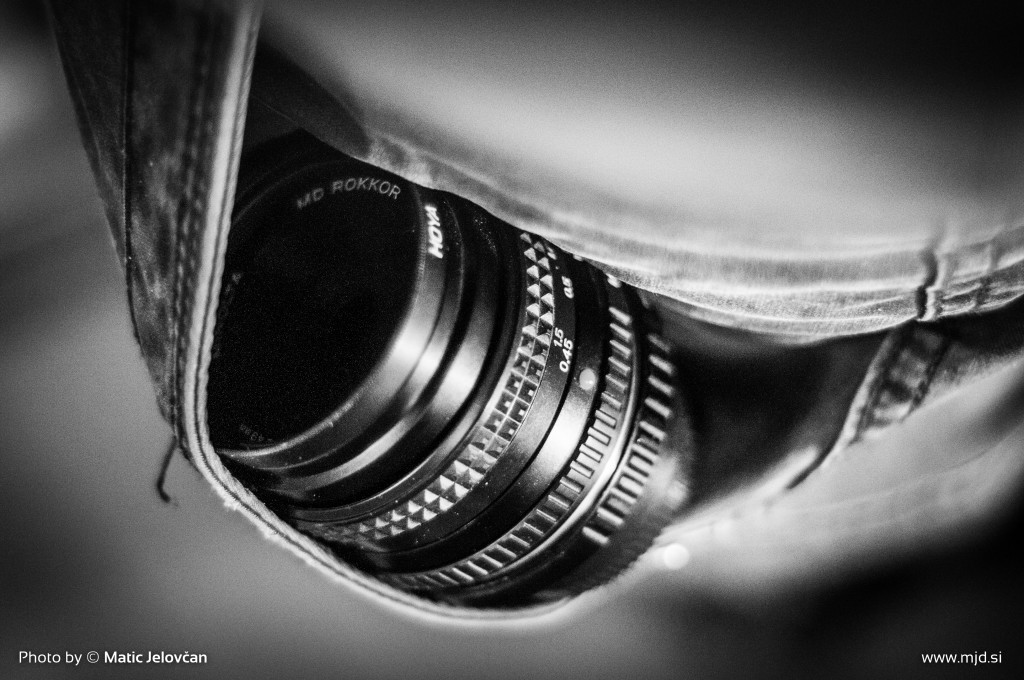 Nifty fifty is also a very light lens. They tend to weigh between 120 and 170 grams (4,3 – 6 oz). There is no reason to leave one of the lightest lenses at home, is it? This is especially good when travelling.

Most 50mm lenses (except perhaps those overly expensive) are some of the smallest lenses you will ever find in your camera Bag. So, even if you take the other one or two cheap zoom lenses, because of its other wonderful characteristics, small form factor, and low weight, you have no excuse to not take it with you. 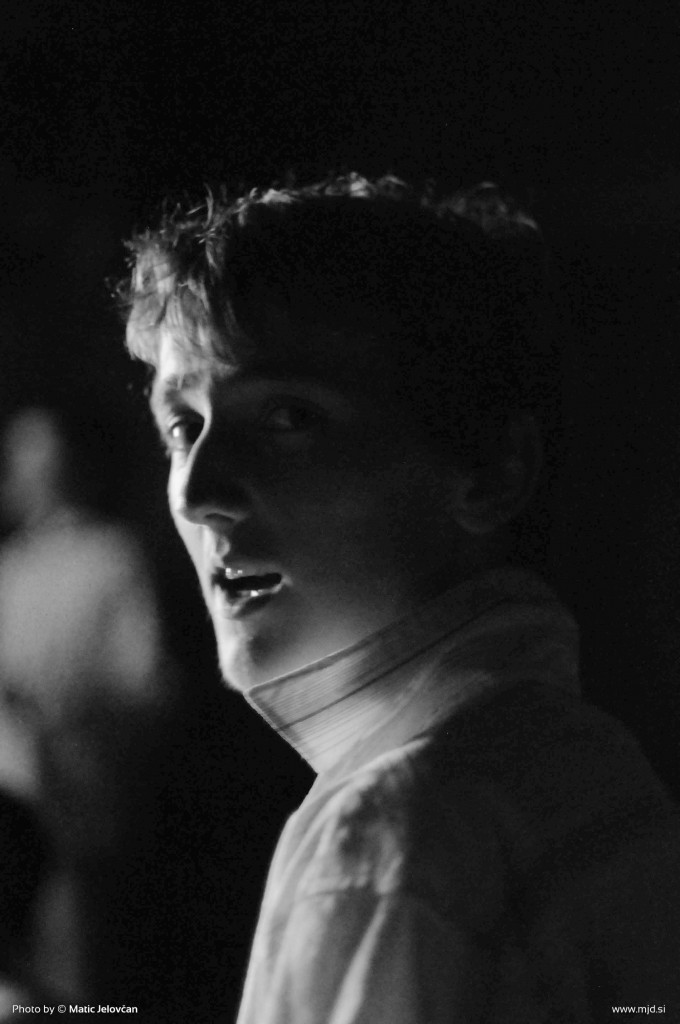 Another reason, aside from the price and weight, for getting at least the 50mm f1,8 lens is the amount of light it gets in. That f-number you see there is the number that represents the ratio of the lens’s focal length to the diameter of the entrance pupil, meaning that the smaller the number, the more light gets in (hence a faster lens in that respect) at the aperture wide open. Your typical zoom kit lens usually goes from f3,5 – f5.6, which is 3 stops or eight times (2x2x2) darker than an f1.8 lens. That’s a lot of light lost. This not means, you can take photos even at the darker settings, but also with higher shutter speeds (and lower ISO sensitivity of your Camera) than with your kit lens. Thus the likelihood of photos with a lot of motion blur will decrease significantly.

Do keep in mind, however, that 50mm lens at wide open will have a lot of focal blur also called as bokeh. Thus you will have to be careful when shooting at night, for the photos might be out of focus if you are not careful, or if you are shooting with the manual focus lens without any digital assistance. Here, especially when it is very dark, some DSLRs won’t be as helpful for you, especially those with crop sensors which most will be using anyways, as it is very difficult to discern at night where to focus without assistance. Sometimes a flashlight might be needed to be pointed to a position where you want to focus, or you will have to use that annoying red dot (flash or focus assist light), perhaps a phone (turned on to focus on it) if someone is further away, or if you happen to have a Sony camera, just turn on the focus peeking for your focus and an actually usable and decent Live View. 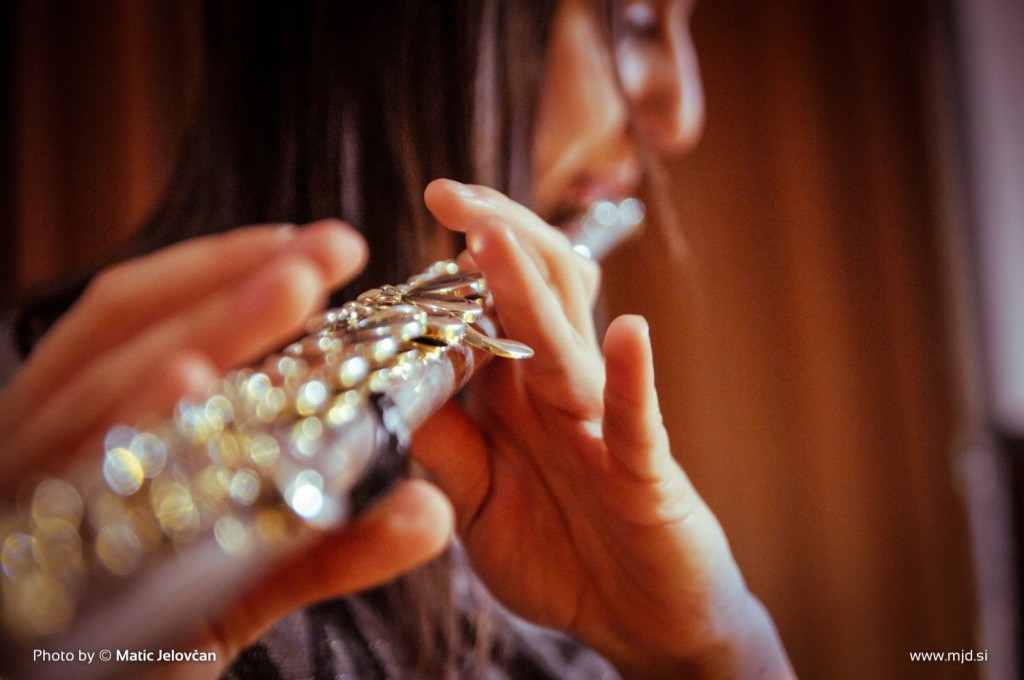 I mentioned Bokeh earlier. You have probably seen those splendidly well focused photos with a shallow depth of field, especially portraits, with really nice blur in the background and foreground. There are various ways of achieving this (usually longer focal lengths wide open) one of them is using a prime lenses (such as 50mm f1,8) which tend to render out of focus areas in a way prettier and even ways than zoom lenses. 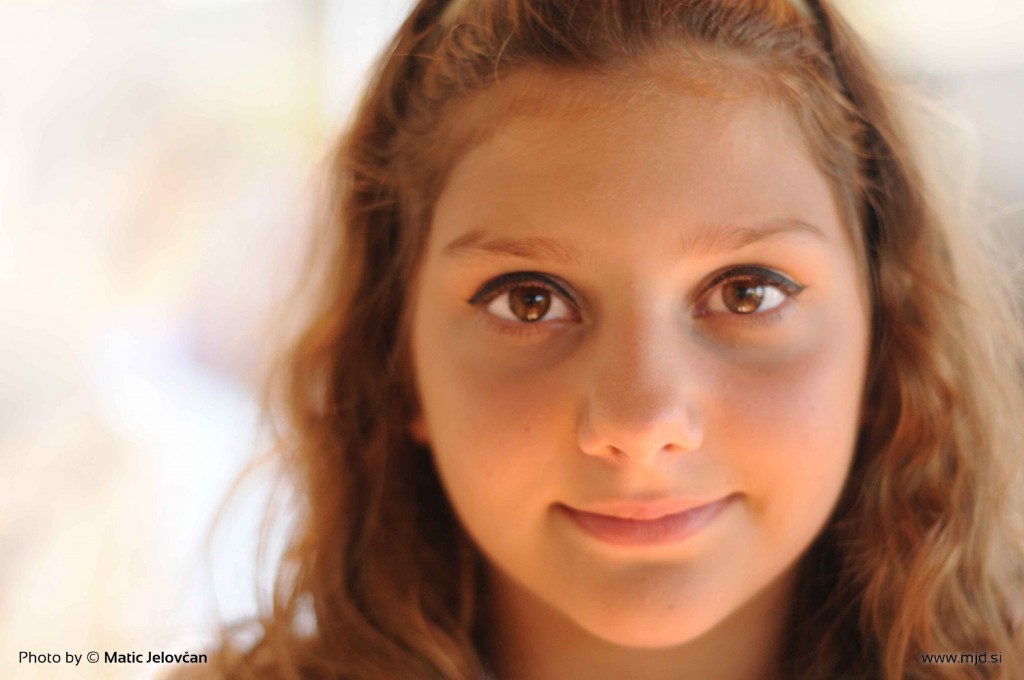 If you are on a crop sensor DSLR, and you want to shoot portraits, this is great for you because the 50mm will act as a 75mm~ish (75-90mm with a smaller f-number, depending on the sensor size) whilst giving you that large aperture (professional photographers with more expensive cameras with the full frame sensor will use 85mm f1,8 lens for portraits, and that is because it doesn’t distort people in way that makes would make them look odd). Thus you will be able to take those candidly beautiful portraits of people you love, with a “bokehlicious” blurred backgrounds. If your camera can shoot video, you can even use the focus ring on the lens to do manual focusing from let’s say one subject to another from one being in focus to the other coming into focus whilst the first one getting out of it. Up until now you could only dream of doing this, as it was reserved to those with lots of money with the huge video cameras. 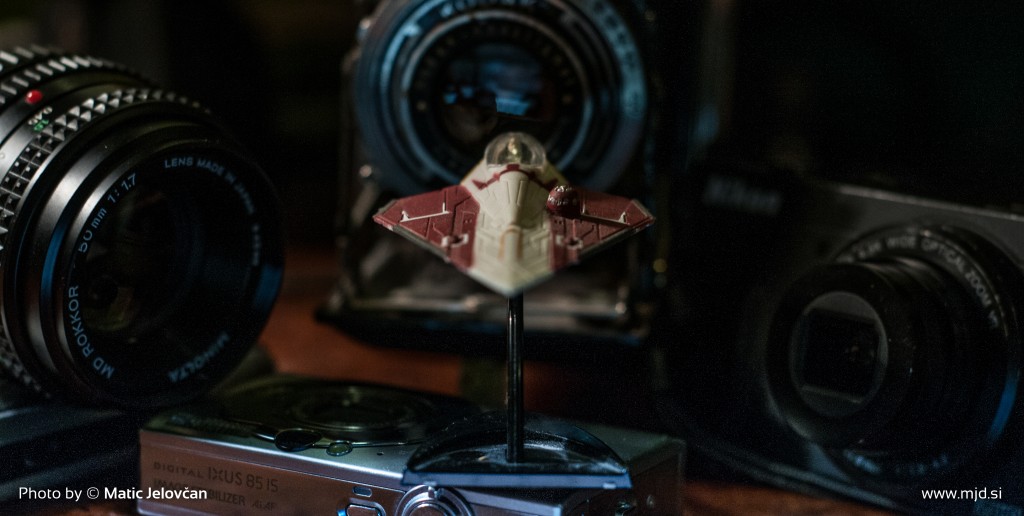 Prime lenses, such as our 50mm, are, as opposed to zoom lenses, sharper and tend to have less distortions and chromatic aberration. That is due to less moving parts inside the lens and the fact that there is also less glass elements in it. Even though they tend to be sharpest at around f4, you will find that even at wide open they are quite sharp, or if they are softer at wide open, the softness is still pleasing to the eye. Furthermore, since they are faster (bigger aperture, they get more light in), you will be able, as I mentioned before, shoot at lower ISO (sensor sensitivity, smaller number essentially means sharper image with less digital noise, or smaller grain if talking about film) and at higher shutter speed. No more camera shake or moving people problems. 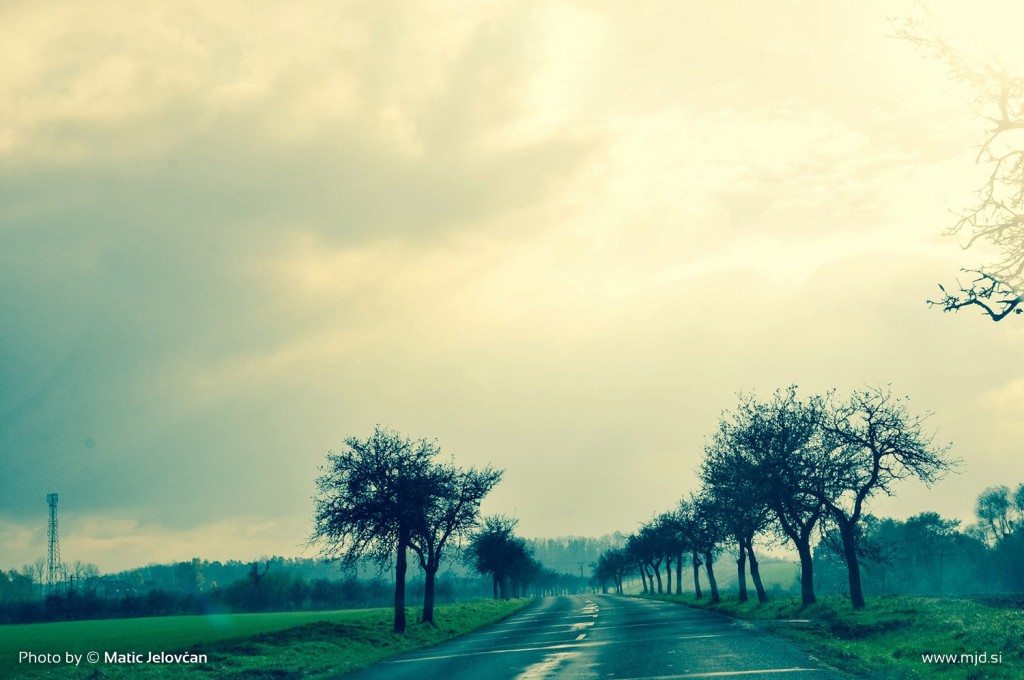 There is something about the 50mm that makes it just right. For most occasions it’s the best of both worlds; it’s not too wide, not too tight. It’s in the region of focal lengths called “the normal lenses” and that is due to a similar focal length and a field of view as our eyes have. You can essentially use it almost as a point and shoot and you will never become tired of shooting with it, besides it focuses very fast indeed. As I mentioned earlier, if you have it on a camera with a crop sensor, it’s great for portraits, but wait there’s more. If you buy a focal reducer adaptor (especially if you use Mirrorless camera like a Sony A7 or A6000) then you essentially have one lens for two different focal lengths (just think of how many options that makes with more Fullframe lenses).

Also, since the 50mm lens isn’t too wide, nor too tight, it can easily substitute the typically wide lens for landscapes.

9.    IT WILL MAKE YOU BETTER PHOTOGRAPHER 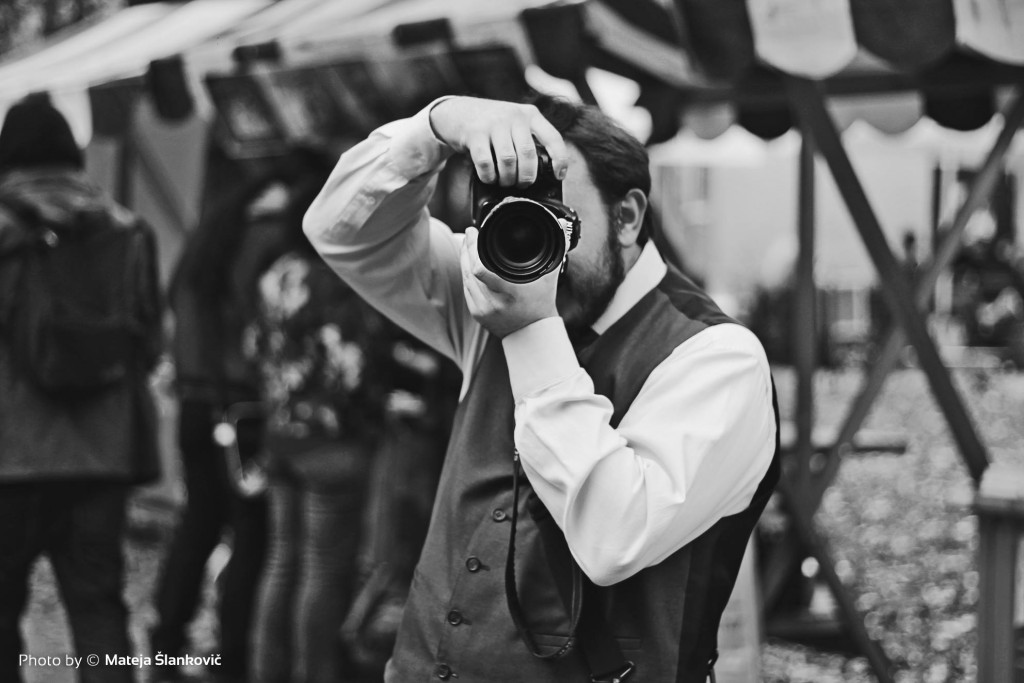 Even though it sounds cheesy, it’s true. And no, that is not merely due to bokeh, but something totally different. Remember when I wrote about composition? Well, not having many focal lengths at disposal will physically make you move to recompose and thus it will make you think about composition and placement more. Furthermore it will make you figure out the full potential of the lens: how it behaves, what kind of sharpness it has at certain apertures, how the depth of field changes with how far away you are from the subject and so on and so on. All of this, as far as learning process and knowing your gear, is possible mostly with prime lenses and knowing your gear is one of the most important things about your photography. 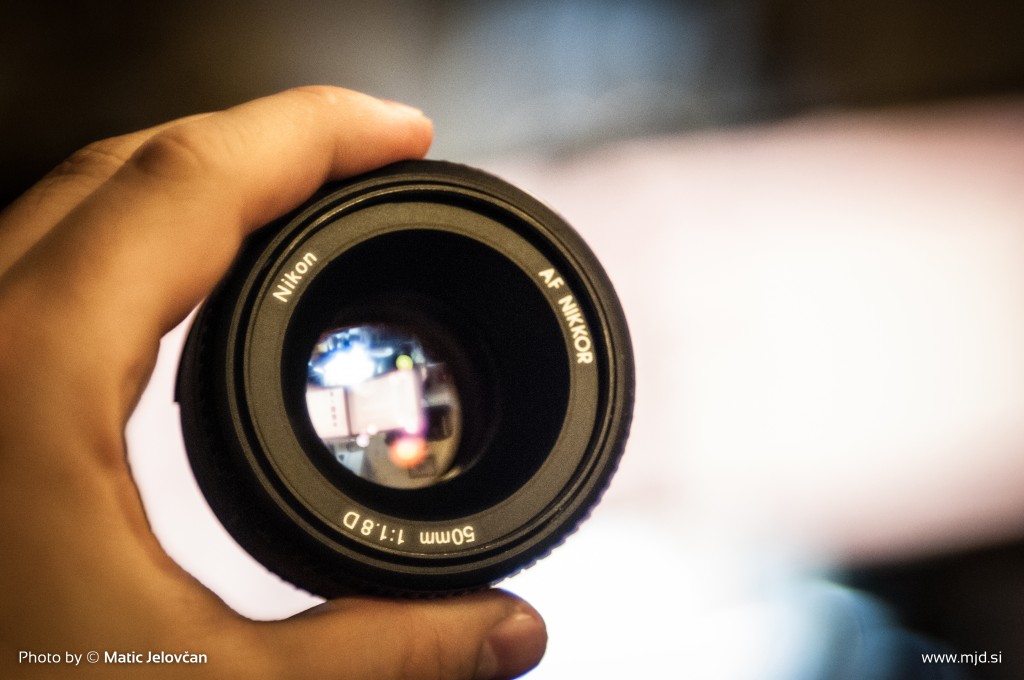 It’s not that you’d hate other lenses, except if they really are crappy such as some aftermarket cheap lenses sometimes can be. You will never regret buying and using this spectacular lens. You might even become addicted to it. After all, if it was the lens that Henri Cartier-Bresson used most, why couldn’t you love it as well? At the end of the day, whether because of its bokeh, weight, quality, simplicity or just sheer awesomeness of a prime lens, you will never be bored of it. You will simply love whatever Nifty Fifty you will buy.