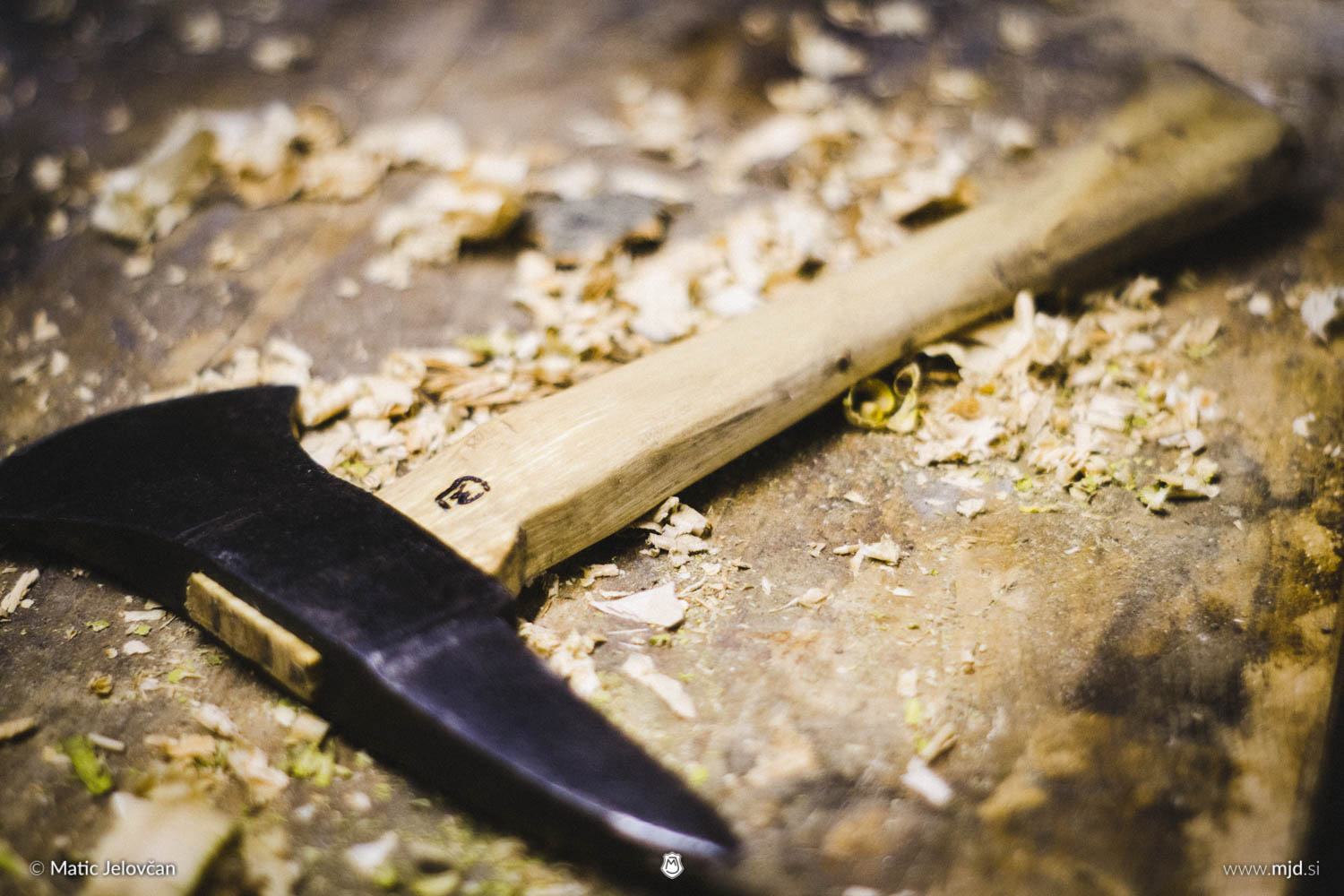 Many people don’t know that, but I love old tools. A lot of those tools are usually in a quite terrible condition. Axes are among those tools that people don’t treat well. Couple days ago, for instance, I restored two axes that my grandma dunked in water so that wood would expand. Wood of course did expand, but when water left the wood, the wood became more brittle, and axe head got very rusty. Unfortunately I forgot to take before and after photos of that restoration, where I removed the head and removed rust and resharpened the edge; and scratched the old lacquer off of it and treated it with linseed oil. Perhaps I will make another post in the future of all the tools that I have in my shop that I have already restored.

Anyhow, yesterday I did do another restoration. In truth it wasn’t really restoration, because I did not have a part from before. I’m talking about an axe handle. I’ve had an old fire-axe head for a while now, but I haven’t decided to make an axe for it until now. Partly the reason for that was that I had no wood for it.

A day earlier my parents and I went to my grandma’s and had a “cleanup day.” Among other things to do was some firewood cutting from branches that were laying around, fairly dry already. When my dad and I were cutting them, I found some nice ash tree wood and one piece that was just perfect for the handle I had in mind for the aforementioned fire-axe.

I recommend, if you have old tools lying around, to try some handle-making. You don’t even need a lot of tools for making simple handles. All I used was an axe for rough shaping, a draw knife for most of shaping, a rasp for rough sanding and a 160 grit sandpaper for getting it ready for oiling. I finished it with linseed oil. 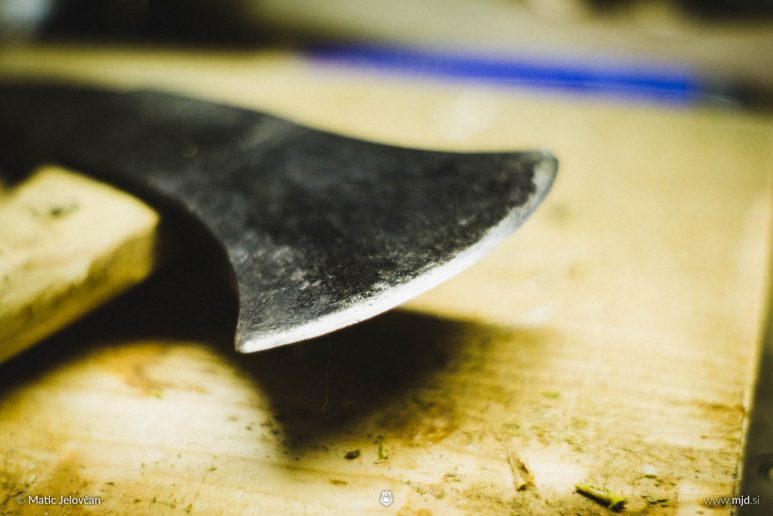 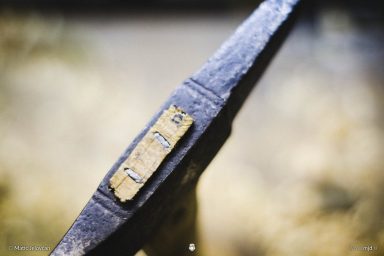 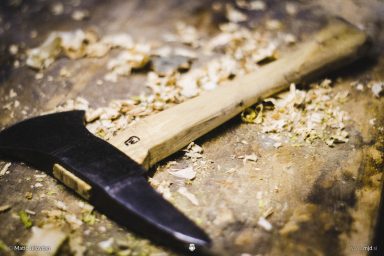 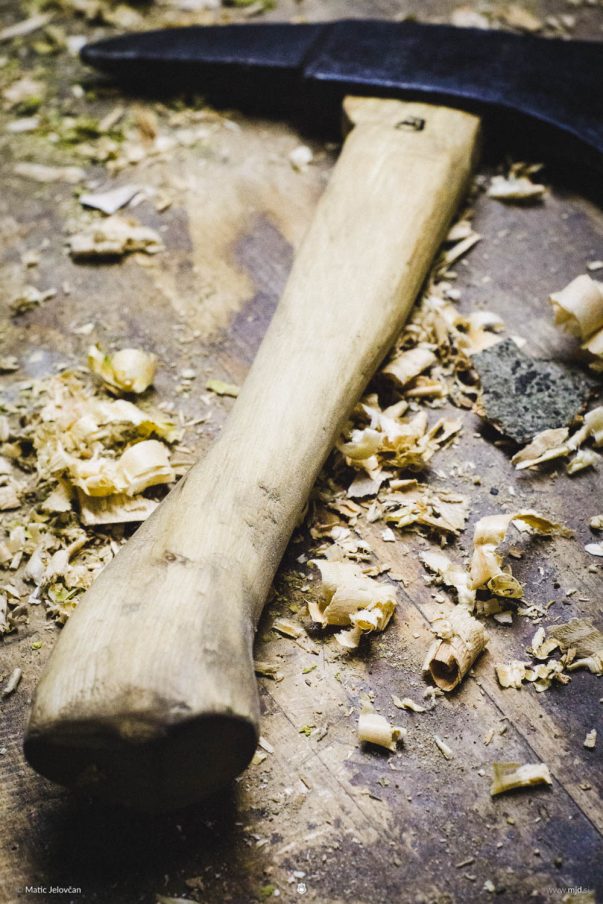 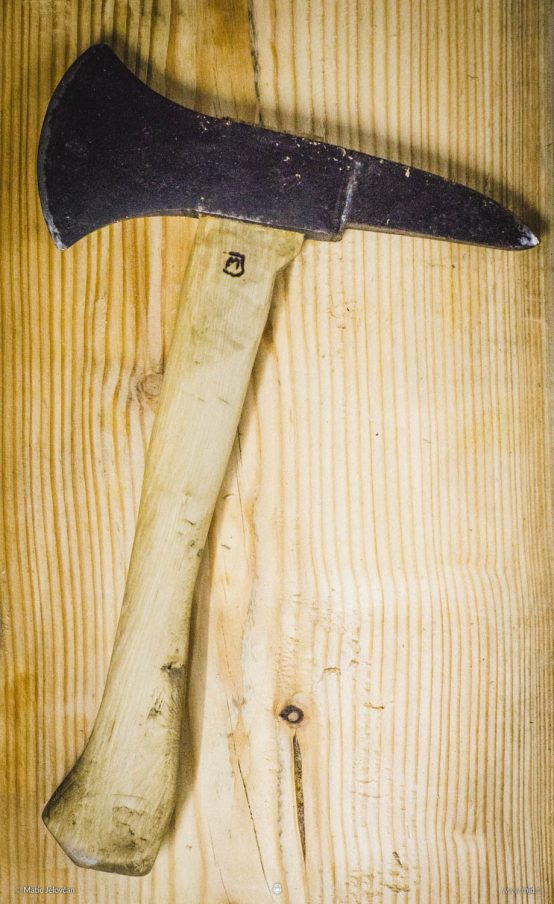